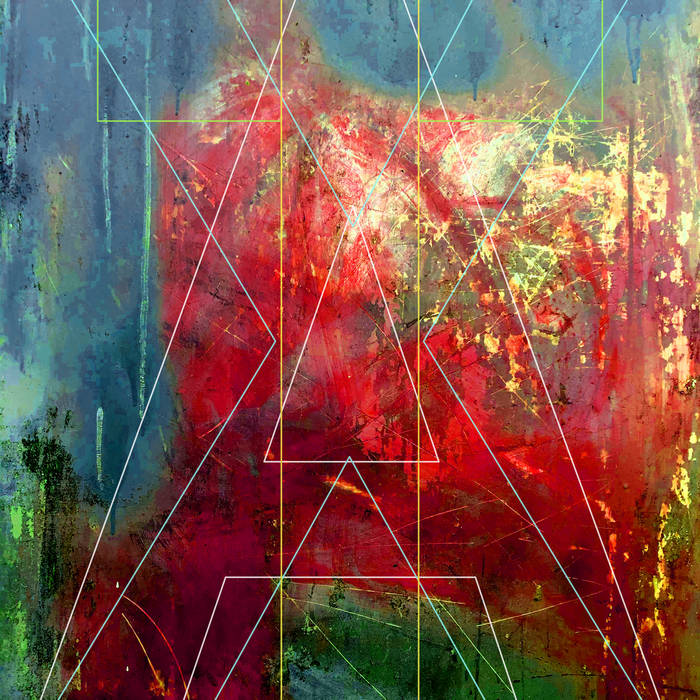 "This is functional, contemporary-sounding techno, replete with serrated granular synthesis and leaden kick drums. But despite its relative straightforwardness, this music really comes alive in the details. At its best Ataxia is actually minimalist music, heavy but precise, full of ear candy and deceptively complex grooves." – Resident Advisor
ra.co/reviews/34595

"Overall, Ataxia exhibits a powerful foray by which the listener is taken through a whirlwind of sonic trajectories and minimal audio therapeutics in the shape of veiled techno forms." - Igloo
igloomag.com/reviews/matthew-mercer-ataxia

Ataxia: the loss of full control of bodily movements

Ataxia, the latest entry into Matthew Mercer's continually sprawling discography, pivots sharply from his last full-length LP, May 2021's Nocturnalism. While Nocturnalism was a stark and mostly beatless love letter to late night urban exploration, Ataxia has a much more immediate focus on beatmaking, movement, and aggression.

Ataxia grew out of early sketches and ideas focused on repetition, slowly shifting patterns, and hypnotic loopiness, merging that framework with a loose unifying idea of disorientation and communication breakdown. Its eight tracks veer between throbbing slow techno, free-spirited improvisation, and chilly spaciousness.

From the fat squirming bassline and dancefloor pulse of "Paralalia" through the undulating wobble of the dizzy "Outer Cortex," the album complements these heftier dancefloor moments with the scaled-back open space of "Lethologica" and "Hyperbola," the mesmerizing shimmer of "Phosphenes," and the tense slow burn of album closer "Revok."

Even as Ataxia is beats-forward and has a more visceral momentum behind its arrangements, there is a common thread with Mercer's other releases in the use of unusual sound design choices, stereo detail, and the blurred line between texture and noise.

Matthew Mercer is a Portland, Oregon-based musician and producer, and Ataxia is his ninth solo studio album. His earliest releases focused on sliced up samples, part of the first wave of choppy microhouse that made a splash in the early 00s with releases on Christian Morgenstern's Forte label, Neutonmusik, and Mathias Schaffhäuser's Ware label. Albums like Salvo show off his beatmaking chops and ear for glitchy details, while ambient and abstract sounds dominate his Entropy and Nocturnalism albums. It is this marriage of texture, grit, and atmosphere with beats, hooks, and grooves that fuels Ataxia, his latest dancefloor-adjacent full-length. Mercer also is one half of leftfield electro-pop duo Microfilm.